Check out a sneak peak of Irishia Hubbard’s “Sacred Matters” performing at the BlakTina Festival next weekend!

Performing next Friday & Saturday at 7:30pm in LA!
Get your tickets at www.bootlegtheater.org
$15 tickets, keyword: “dancer”

New enterprises for exploration are afoot at JazzXchange. Bringing his insight from an long and impressive career of freelance trombone and piano playing, arranging and composing for big Jazz names such as Doc Severinsen and Lincoln Center Jazz Orchestra, Conrad Herwig, Dave Liebman, we welcome Joey Sellers to the JazzXchange family for exciting new projects that will be announced officially in the coming months.

Sellers was assistant professor of music at Northern Illinois University from 1999 to 2002 and he is currently Director of Jazz Studies at Saddleback College.

JazzXchange Director and Founder Sheron Wray and Sellers will synergize their expertise in a collaborative investigation fueled by their mutual curiosity about the relationship between jazz dance and jazz music. Through embodied research and interdisciplinary interplay, Wray and Sellers will search for a transformative paradigm that returns Jazz to its dance music roots.

This upcoming Wednesday from 5-6pm on the radio station KUCI, Artistic Director, Sheron Wray will be interviewed about our upcoming event “Jazz: the House that America Built”. Please tune in to hear more about the programmed show and the non-profit JazzXchange!

Jazz: The House That America Built

Join us at the Camino Real Playhouse in San Juan Capistrano, CA!

Envision a nation without division; this is – Jazz: The House that America Built. While many people perceive jazz as a 20th century musical phenomena, JazzXchange exists to show audiences how the art of jazz continues to be a space for 21st century innovation; a space where diverse communities come together through art, in the moment, to create anew. 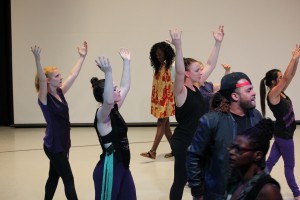 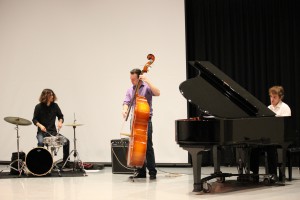 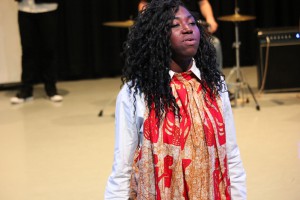 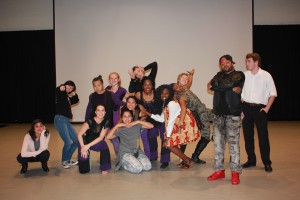 Jazz is a process of creation which embraces difference melded together through a commitment to swing into time. It has always represented a multitude of nationalities that make up the United States and this JazzXchange performance embodies exactly this. Visibly, artists from different ethnicities create together.

Jazz music and jazz dancing are American inventions; each exists because of the other, embracing uncertainty with dynamism in surprising new ways. JazzXchange brings together six dancers, three musicians and three spoken word artists who combine their talents to create an inspired evening of musical performance. Join us, as we navigate through “Jazz: the House that America Built,” and witness the intimate connections between cross artform dialogue, insightful improvisation, and soulful expression. Led by Artistic Director Sheron Wray, the artists include, Mark W, The Dylan Romaine Trio, Makeda Kumasi and Jamielle Rankin.

The program also includes a new work-in-progress from the OC choreographer Leann Alduenda. Leann is delighted to be the newly appointed Assistant Professor of Dance at Santa Ana College and is an adjunct faculty at Chapman University. Leann was the Artistic Director of the Jimmie DeFore Dance Center for 15 years, where she taught technique and performance classes, headed the teen performance company, and co-directed the scholarship program. She is currently still an instructor there and co-directs the faculty choreography showcase “PULSE” each January. 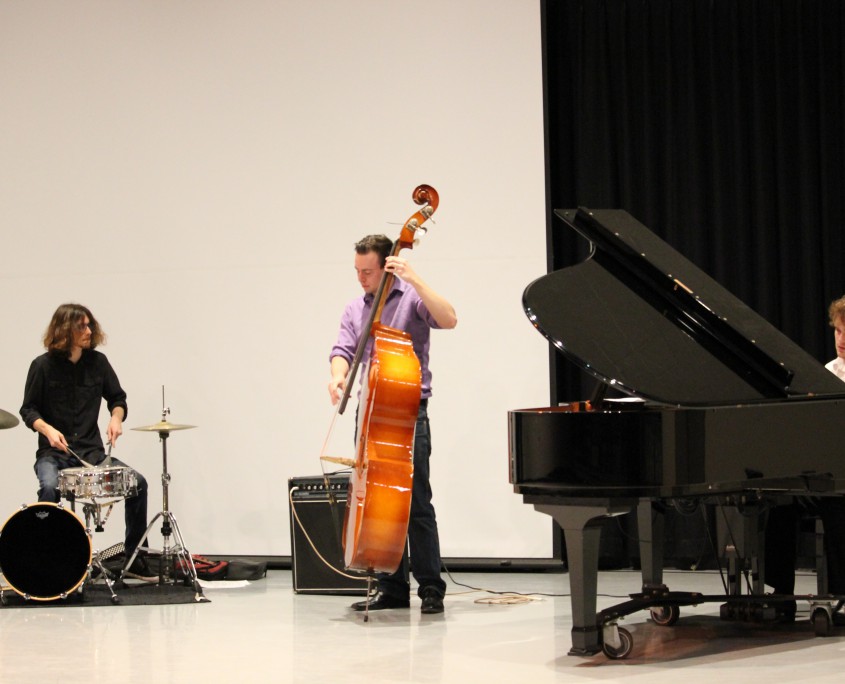 Mark your calendars for June 23rd! We would love to share our latest works with you.

Here are some photos from JamXchange that took place on April 30th. 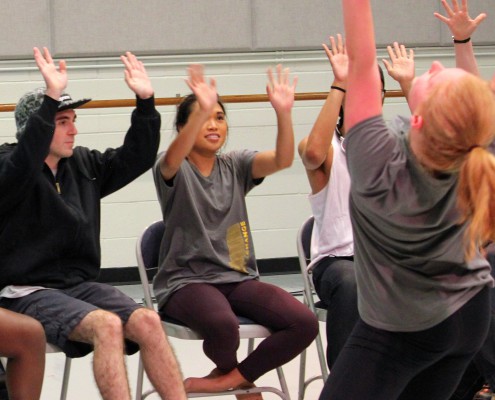 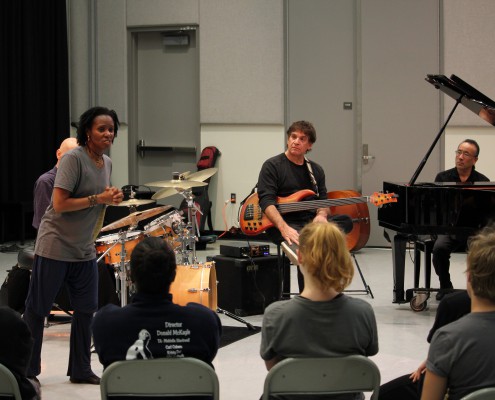 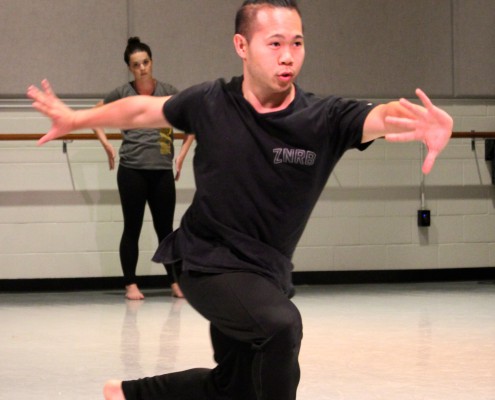 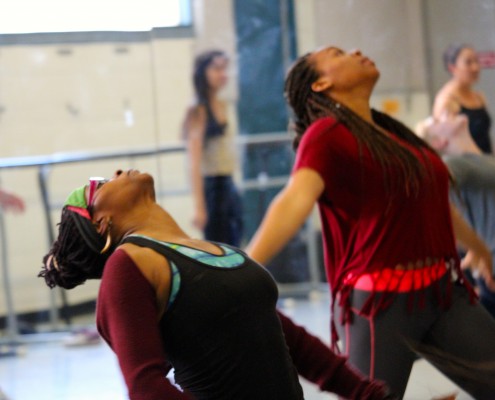 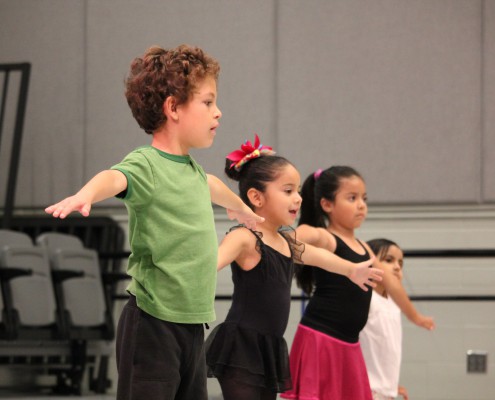 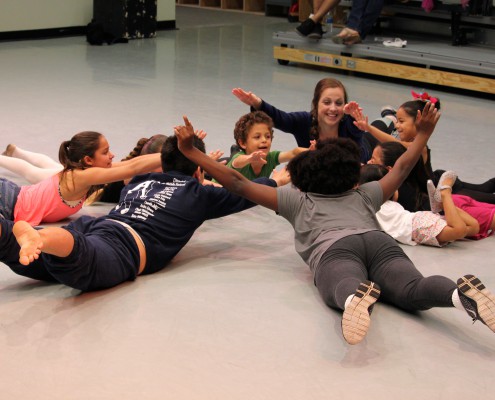 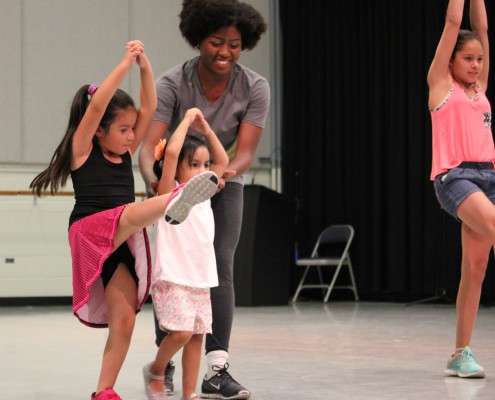 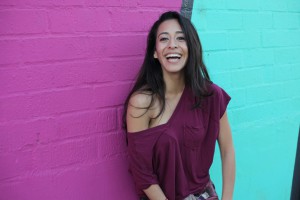 Jannet Galdamez was born and raised in Los Angeles, CA. She started dancing at the age of 5 years old with ballet and at the age of 15 fell in love with Salsa and Hip Hop. It was at this age she realized that dance was her passion, her career interest. She attended the University of California Irvine, receiving her Bachelors of Arts in Dance and a minor in Education June of 2012… Jannet will be instructing the Beginning Adult Salsa-Jazz Class! Learn more about Jannet at JamXchange on April 30th!

“We need some extra movers at a packing house in Anaheim.”

Packing house? Movers?? That was exactly how UCI Dance Professor Sheron Wray described March 26th to me as well as several other dancers while asking for our help. It’s relevance to dance was quite beyond my knowledge at the time and I wasn’t the only person to have doubts. Little did I know that this day would be filled with plot twists.

At the time, I didn’t realize that this was an event produced by JazzXchange, a non-profit performing arts organization, to expose to the public and give a taste of the Citrus Festival that is to occur in April 9th in honor of Jazz Appreciation month.

And, contrary to my initial thoughts, the alleged “packing house” is actually the Anaheim Packing District where the interior is lavishly decorated by artsy furniture, garnished with touches of history and full of a  multitude of unique restaurants that serve food from around the globe in different styles.

Well . . . I thought I would be hauling around boxes of potatoes.

While my day consisted of taking photos and documenting the event under the supervision and mentorship of Annalisa Carrillo-Fulk, one of JazzXchange’s administrative volunteers, Artistic Director Sheron Wray and guest choreographer and UCI alumni Leann Alduenda led the young dance majors around the area to teach them various pieces and perform said pieces in front of the unsuspecting crowd. One of the pieces that certainly turned a lot of heads was Sheron’s tap piece that was taught in the center of the Packing House on the wood floor. Meanwhile, the dancers have also utilized the furniture within the building such as one of Leann’s pieces on one of the tables. Several other dancers choreographed a modern dance on a patio outside of the House and mimicked the same choreography on the different stairways throughout the building.

For the dancers, it’s not a surprise that they’ve performed site-specific work around the UC Irvine campus; however for some such as Jazmine Curie, they’ve never had experience in performing in areas as public as the Packing House.

“It was wonderful to hear the inquiries of passersby and see those intrigued enough to stop and watch.  There were a few times I felt bad to be in someone’s way or making them feel they couldn’t interrupt.  Looking at it now I think it’s a very interesting social situation.” said Jazmine as she recounted her experience on Saturday.

Of course, there would be more to occur on that Saturday. After the number of surprise performances, one of UCI’s dance majors, Irishia Hubbard, arrived with the intention of conducting three impromptu workshops for the youths at the Packing House.

When I first gave out the announcement that the workshops were going to happen, I expected small groups of girls to approach us with the eagerness to move. We didn’t predict that the turnout would actually be a large group of rambunctious young boys! When Irishia started to warm them up by doing basic dance moves to hit songs, it became obvious that the boys weren’t interested in learning a small hip hop combo but rather kept urging Irisha to host an intense dance battle instead! When Irisha complied with their wishes, March 26th became the funniest and cutest day in my life.

When the event came to an end, everybody was able to leave the Packing House with a story to tell. For me, this mysterious event transformed into a pleasured memory. I learned that nothing is what it seems and that perhaps the result would be pleasantly surprising

Instead of bringing the show to the masses, we brought to ourselves a renewed cognizance of our extraordinary world.